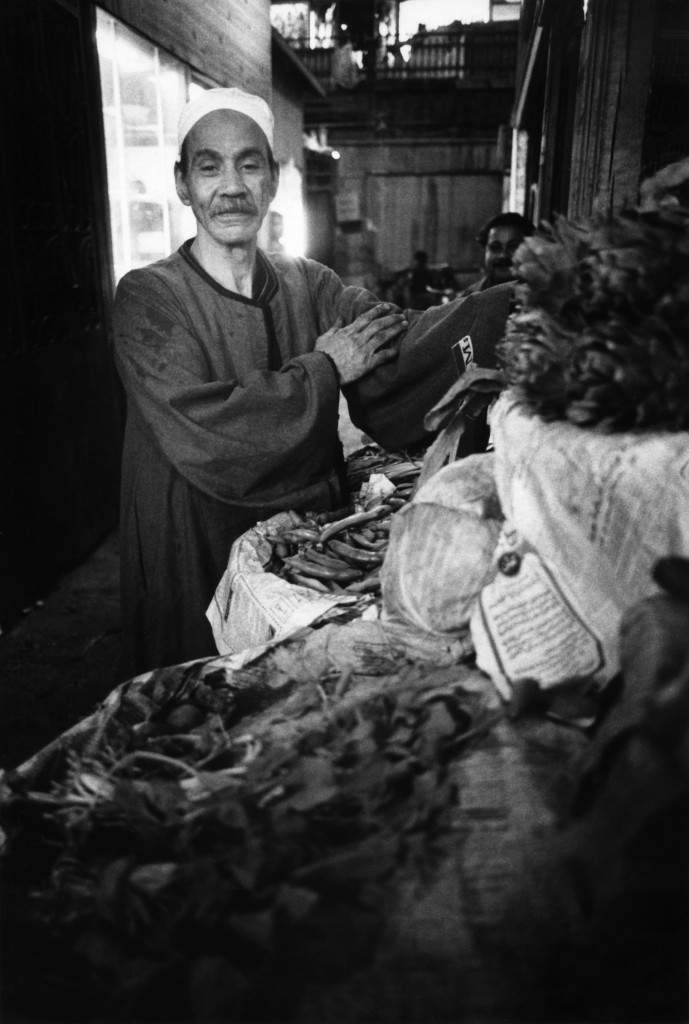 Am Mahmoud is sixty-two years old but looks much older. His father worked on the rail- road lines, as did he until the age of eleven, at which time he came to the suq (in 1933) and began working in what is now his vegetable stand across from Hassan’s. He has three sons, two of whom, Sa’id and Hosny, take care of most of the store’s business now. He has a home in Bab el-Louq, but naps every day in a little loft above the stand and gets up at about six to talk business with Hosny and Sa’id and straighten up the place a bit.

Since Am Mahmoud has been around so long, he is a friend of just about everyone in the suq, except Am Hassan.

Am Hassan sells vegetables next door to Am Mahmoud. Many years ago, his father owned the stand and was a good friend of Am Mahmoud’s. At that time the stand offered only fruit for sale. After Am Hassan’s father died, he took over the stand, and at first Am Mahmoud got along with him. too. However, Am Mahmoud felt from the start that he was of a different quality from his father.

The trouble began when Am Hassan decided that he hadn’t enough capital to buy all the fruits he needed to compete with the other fruit stands in the suq. The customers were going to the places with fancier fruits, and he couldn’t keep his customers, so he began to sell vegetables as he does today. Am Mahmoud became very angry, and Hosny and Sa’id even angrier, at having this new competitor right next door. 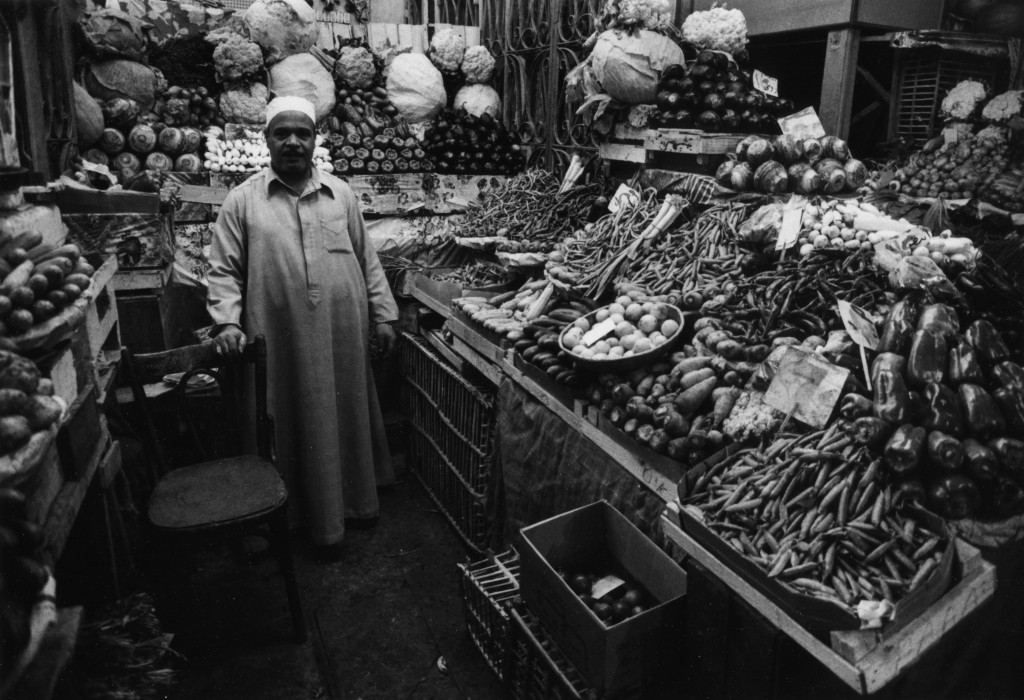 They still talk to each other, and if Am Hassan runs out of some kind of vegetable, Am Mahmoud will sell him some so that he remains well-stocked. In fact, Hassan never noticed the animosity between the two parties until the day Am Hassan came to him and showed him a picture l had taken of his stand. He pointed out to Hassan the way his vegetables were organized “so much better than that jerk’s (Am Mahmoud’s)”.

Vegetable merchants like Am Mahmoud and Am Hassan produce a lot of garbage that needs to be hauled away. The view from the second floor of the suq creates the impression that there is no trash collection at all, that it is just thrown up on the roof. Although there is a lot of it up there, there are nonetheless particular ways that most garbage is removed.

For non-vegetable trash, the man who owns the mule-drawn garbage carts of Bab el-Louq comes at night to pick up trash from designated piles in the suq pathways and carts it back to his home in the Northern Cemetery, a very poor district to the northeast of Cairo. The owners pay a small fee and get a special spot where they dump their trash. Am Abdullah and El Buri share the same pile.

Am Mahmoud and Am Hassan along with other owners of vegetable and fruit stands get a better deal. Anything vegetable can be used for animal feed, so a man comes by every afternoon and pays shopkeepers like Am Mahmoud for their vegetable garbage. Then he takes it away to his farm and feeds it to hogs.